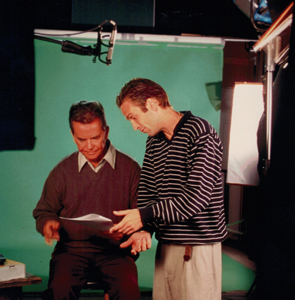 KERRmercials was founded by Tim Kerr in 1994 after serving as Creative Director of Harbor Associates, a pioneer in the DRTV industry. At Harbor, Tim worked on campaigns such as 3D puzzle, Wacky Vac, Miracle Mop, Handy Hanger, Whisper 2000, and DuraShears.

Since its start, KERRmercials has regularly appeared on the Jordan Whitney’s top ten list having at least two of its commercials on the list every month in 1997 and in June, 1997 gaining five of the top ten spots, an unprecedented achievement.

Although awards are helpful in reputation-building – and Tim has won his share including MATRIX awards and ones from the National Federation of Press, sales are the only real measure of accomplishment.